Over the years, its location and organization changed several times until it settled in its present location in 1905 as the Royal School of Engineering. It joined Fouad the 1st University (currently Cairo University) in 1935 upon which it acquired its present name. Starting from 1952, the Faculty of Engineering led the intensive industrialization process and gave Egypt the industry leaders it needed.
In 2007 a new campus, housing the preparatory year and new research centers was established in Sheikh Zayed City. Over the years the number of departments grew to 14, the number of faculty members to more than 570 and the number of students to 8000+ with more than 1500 B.Sc. graduates every year.
The Faculty of Engineering is proud to have given Egypt tens of ministers and prime ministers as well as thousands of industry leaders.
Electrical engineering was part of the "Mechanical and Electrical Engineering" department curriculum since 1927. In 1938, it became a separate department and starting 1954 it incorporated two majors: Power and Communications. In 1969, the Electronics and Electrical Communication (EECE) Department was created. With its 80+ faculty members, the EECE department is by far the largest and most prestigious ECE department in Egypt and the Arab region. Its faculty contributed, to the creation of a large no of EE departments in Egyptian and Arab universities and produced an impressive list of community leaders in government and industry.
The EECE Department was the first Egyptian department to be accredited by the "National Authority for Quality Assurance and Accreditation of Education".

The Faculty of Engineering at Cairo University is the oldest and most prestigious faculty and school of engineering in Egypt and the Arab World. Its history is intimately linked to Egypt's modernization process initiated by Mohammed Aly, the founder of Egypt's royal dynasty in the first decade of the 19th century. In fact, its origin goes a back to 1816, at which time it was known as the "Mohandess Khana" (School of Engineering) and was established on the model of the Ecole Polytechnique in France to provide professionals for Mohammed Aly's ambitious infrastructure projects and manufacturing industries.

The Faculty of Engineering 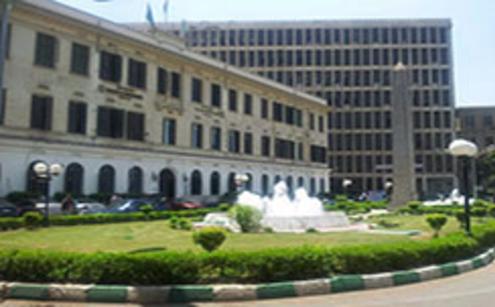