He worked in Mobinil since 1999 in the Technology Department and before that He was working at Alcatel-Lucent from 1997 to 1999 as NSS Field Engineer. He worked also as Core Network Expert at DJEZZY ALGERIA, the first Mobile Operator in Algeria , he was responsible for the Core Network launch and also for the technical support.  Currently, He has a title of “Senior Manager, Core Network Support”. He has very good achievements during his work in Mobinil for 16 years with all Core Network Vendors in Core Switching , Packet Switching and Roaming like  ALU , HUAWEI , NSN , Tekelec (Oracle) STPs and Roamware . He focused on increasing the Know/How of Core Support Team by encouraging them to do the Core Project Services instead of the vendors which also helps in Cost Saving approach.

He has a big  experience in Mobile Network expansions , technologies and Modernization . Also  participated in many strategic projects like Mobile Number Portability (MNP) , New Numbering Plan (NNP) 8 digits  , the integration of the Third Generation Network (3G) , Evolved Packet Core (EPC) , the migration to new Subscriber Data Management System (SDM) from Legacy HLRs and the implementations of all new technologies over the Mobile Core Network.

Dr.Wagdy is always representing Mobinil in Orange Group Technical Review Meetings (TRM) from 2000 till 2014 for different technologies like HUWAEI Sot-Switching , ALU Subscriber data Management (SDM) , Tekelec (Oracle) Signaling Products STP, Monitoring System and Databases. These TRM are headed around the globe in different cities to work with Telecom vendors in the operators needs and agree with them for technology roadmap.

He was awarded for the best projects in Orang Group in 2011 conference IIF Romania , the project was” A Fitting Room for New Network “ , He also is active member in international conferences and has a speech in Middle East com 2012, Dubai, UAE, Speech Topic: Core Network Evolution and also participate in the yearly FUSECO Forum held in Berlin , Germany. 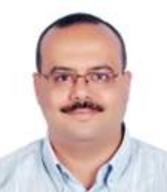